If you call an escort agency and inquire about the escorting job, a pleasant, mature male voice will guide you through basic questions – how old you are, what are your interests, hobbies, do you drink or smoke, do you like sports and arts and is there anything else you would like to say about yourself.

“Sex work is where sex, money, gender and power all come together,” says Catherine Stephens after ten years of experience in the sex industry.

So if you are still making this call, you might feel a sudden adrenaline rush and unexpected explosion of your awoken sensuality will suddenly become impatient to flaunt itself. 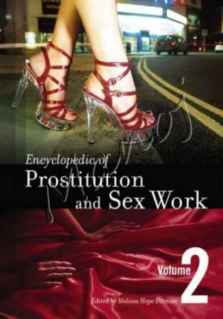 It will sound like you have phoned up a Barbie Doll shop that sells only Kens. They are all wealthy and for only 3 hours of your time they will pay 390 pounds upfront, upon your arrival at the meeting place. It will be the rich Ken of your choice of the age of your choice, who will take you to an event of your choice.
The events will range from an evening at the theatre to a sport event (horse racing for example – it sounds like Pretty Woman meets My Fair Lady). Or just a dinner “and maybe a bit of dancing afterwards”, says George from the escorts agency on the other side of the phone.

The clients are all regular customers who have been checked by the police, and though the security is not guaranteed, “in their five years of work in the UK they have never had such incidents.”

Then he will ask you what you look like, and you will be one step closer.

The first part of the job is the ‘having sex for money’ part. “That is something that most people find relatively easy to deal with,” says Catherine Stephens who is also the spokeswoman

for the International Union of Sex Workers.

“The second part of the job is the stigmatization that comes with doing this and people have to deal with exclusion and the fear exposure. That is separate from the having sex for the money part, in the same way that social attitude towards homosexuality is not the same as actually being gay.”

As a result of the social attitude, we can come to the third part which is secrecy. “If I had children, I would not be having this conversation with you now.”

·         A recent study by Suzanne Jenkins found that the average age of entry into the industry for UK women is about 23 and for migrants 22.

·         Social background varies. There is a big correlation between low education achievements and drug use amongst the women working on the street.

·         Study shows that men had slightly higher levels of academic qualifications. Overall, 33% of the people working indoors have bachelor degrees, over 18% have postgraduate qualification and only 6% has no educational qualification.

According to a study by Dr Ron Roberts, students in the UK have become a very indebted population. People graduating this year are leaving with an average of over £20 000 of a debt.

“The society has become more sexualized, says Dr Roberts. Sociologists say it has become a ‘pleasures saturated culture’, and sex and sexual services has become a commodity. Many towns and cities have lap dance and striptease clubs in the high streets. So it’s become much more acceptable than it ever used to be.

And on top of that, as a kind of social trend, we’ve got middle classes moving into the sex work. That’s been happening outside the student population, so people are responding to the same kind of trends and pressures in society.”

Whether forced upon us, or part of our nature, a sense of morality raises the question about the barrier that needs to be crossed in order to enter the sex work. “For some people, and I stress only for some, they’ll have prior vulnerability, they might have been abused when they were younger, they might have drug habits and it has become so normalized that people simply see the sex work as a way of earning money.”

Some people are quite open and they say they’re enjoying it.

“In a sense, the women in the west are being encouraged to imitate male behaviour and some of the worst aspects of it,” says Dr Roberts. So for some people it’s not a great barrier to go over or it is not an interminable one. They can earn a reasonable amount of money (or some of them a lot of money) in a short period of time, as opposed to working long hours in a fast food joint for a very little pay. They are rewarded for the money, they are rewarded for the time and some get sexual pleasures out of it as well.

“These are very strong factors that maintain a pattern of behaviour, from a psychological point of view,” explained Dr Roberts.

“Even the culture in the UK for the past 10 – 15 years has changed dramatically. So people are growing up into that and they don’t have the sensibilities of people from other generations. The television is full of ‘go out, get drunk, have lots of sex’.”

Young people seem to not be getting a good sense of the messages about growing up and sexual relationships. They are getting this in the face, and on top of that they have the thousands pounds in debt to get off their cases. The university fees and the student living expenses are so high now that even the middle class parents cannot afford to support their children through education. It is just the recipe for raising curiosity really.

“But it’s a privilege to be part of people’s sexual fantasies that have been nurtured for 20 or 30 years.”

In the popular “Belle de Jour” blog, one of the things Belle talks about are clients who are being quite timid and anxious to find out what her boundaries are, and stay within them. Apparently there is a lot more to it then taking your clothes and lying down. The academic studies show that men are not just paying for sex. They are often paying for somebody that will interact with them in a way that seems open and honest and that feels true for them.

“Clients want to know about what you’re comfortable doing. Sex work is that it is a very clear and explicit negotiation. It is not like a one night stand when you ask yourself at what point do you say ‘no, I actually like it when you touch me differently, this is the way that I like to be touched’?  All those things are very difficult for a lot of people, where as with sex work the negotiation is open and upfront.”

Politically active, Catherine called for prostitution to be decriminalised to protect women who work in the sex industry.  Study says that one in 3 women have experienced sexual violence. “I am not saying that every day at work is a sensual feast, but I have been very lucky and if such thing were ever to happen to me, I have thousands and thousands of positive experiences to set against it.”

“Whoever does this job for the first time, hates it, goes home and cries feeling really awful; spends an hour in a shower washing themselves because they feel dirty – that is a sign that they should get another job. Having sex for money is not for you.”

One thought on “FEATURE: Sex Industry in the UK”